St Mary's Church, Battersea Church Road, London SW11 3NA
​10:30-17:00 (Registration from 10:00)
Scott Inglis-Kidger Director
Ghislaine Morgan ​Associate Musical Director
​
The world seems to be drawn to the number seven. Lucky number seven! Prime number seven. There are seven colours in a rainbow, seven days in a week, seven notes in a diatonic scale, seven seas, seven spots on a ladybird (generally), seven dwarves, seven heavenly virtues, and seven deadly sins. Multiple religions – including Christianity, Judaisum, Islam, Hinduism and Buddhism – place significance on the number seven. A lot of folklore and myths also reference the number; for example, seven-league boots and the seventh son of a seventh son. Join us on 25th February to sing some gorgeous motets, each in seven parts (SSAATTB), and find out why the number seven is such a heavenly number.

[ i ] Parallax section below. Click on the section below to upload image. Don't worry if it looks weird in the Weebly editor. It'll look normal on your published site.

To edit or delete your image, press the "toggle" button below. Then, hover over your image until a popup appears with the "edit" and "delete" options. Since these are parallax sections, you may need to scroll a bit up or down to be able to click on the "edit image" popup. 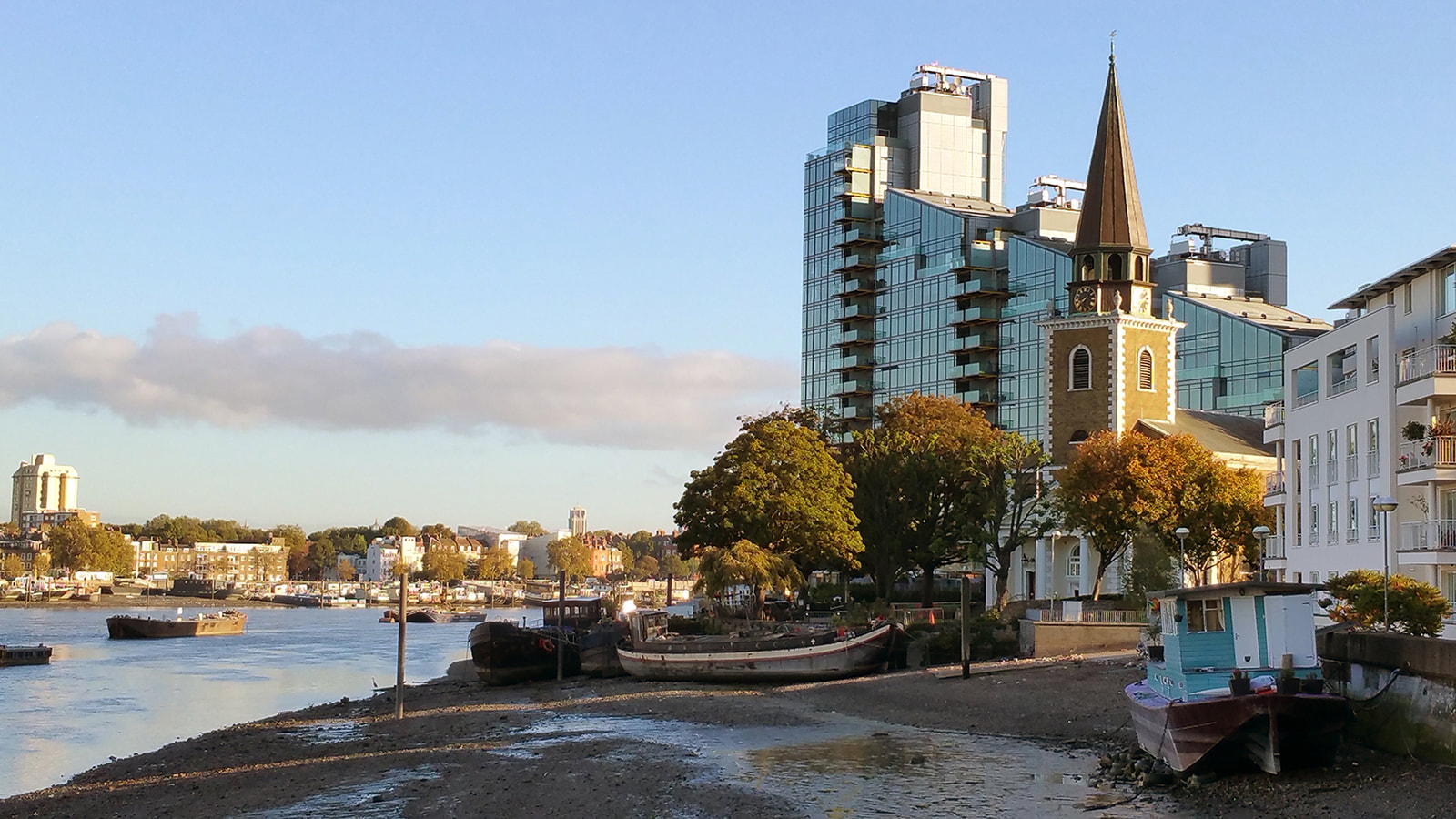 Hailed by Classic FM as a “rising star of the choral world", Scott Inglis-Kidger is renowned for his passion and dedication as a conductor, vocal coach and early music specialist. He read Music at the University of Cambridge and sang in the world famous King's College Choir as a countertenor. He is the founder and director of Platinum Consort and has worked as a vocal consultant with groups such as the Scottish Chamber Choir, Exeter Festival Chorus and St Albans Choral Society. Scott has guest conducted the Orchestra of the Age of Enlightenment and The Hanover Band. Cutting his teeth straight out of Cambridge as a Director of Music and Master of Choristers in two London prep schools, Scott continues to inspire and encourage singers of all ages. One singer described his participation in a session with Scott as “the most amazing musical experience of my life!". With bespoke workshops sold out months in advance and performances described as “pristine” and “intimate” (BBC Music Magazine), Scott is making a significant impact on the world of choral music.​ 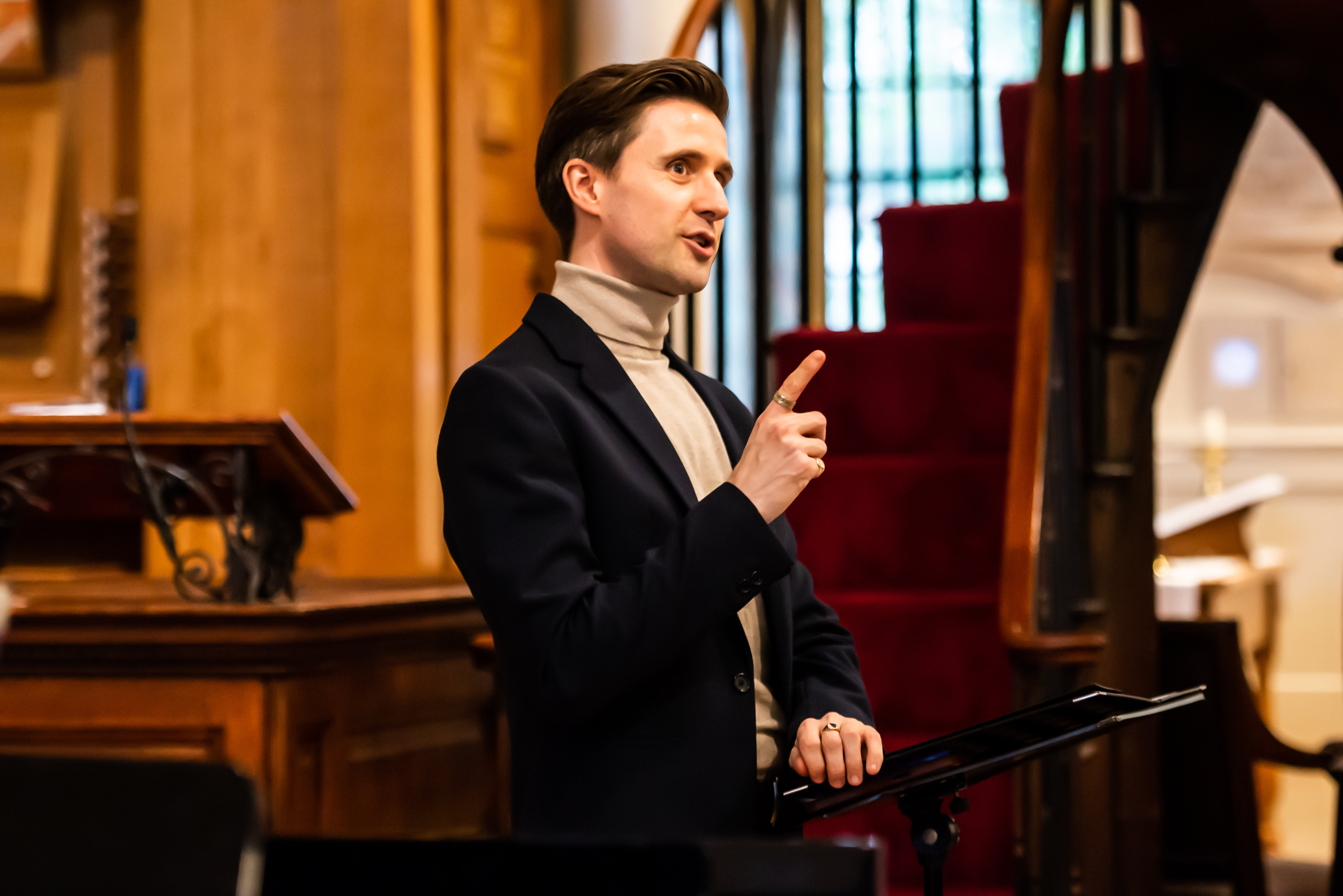 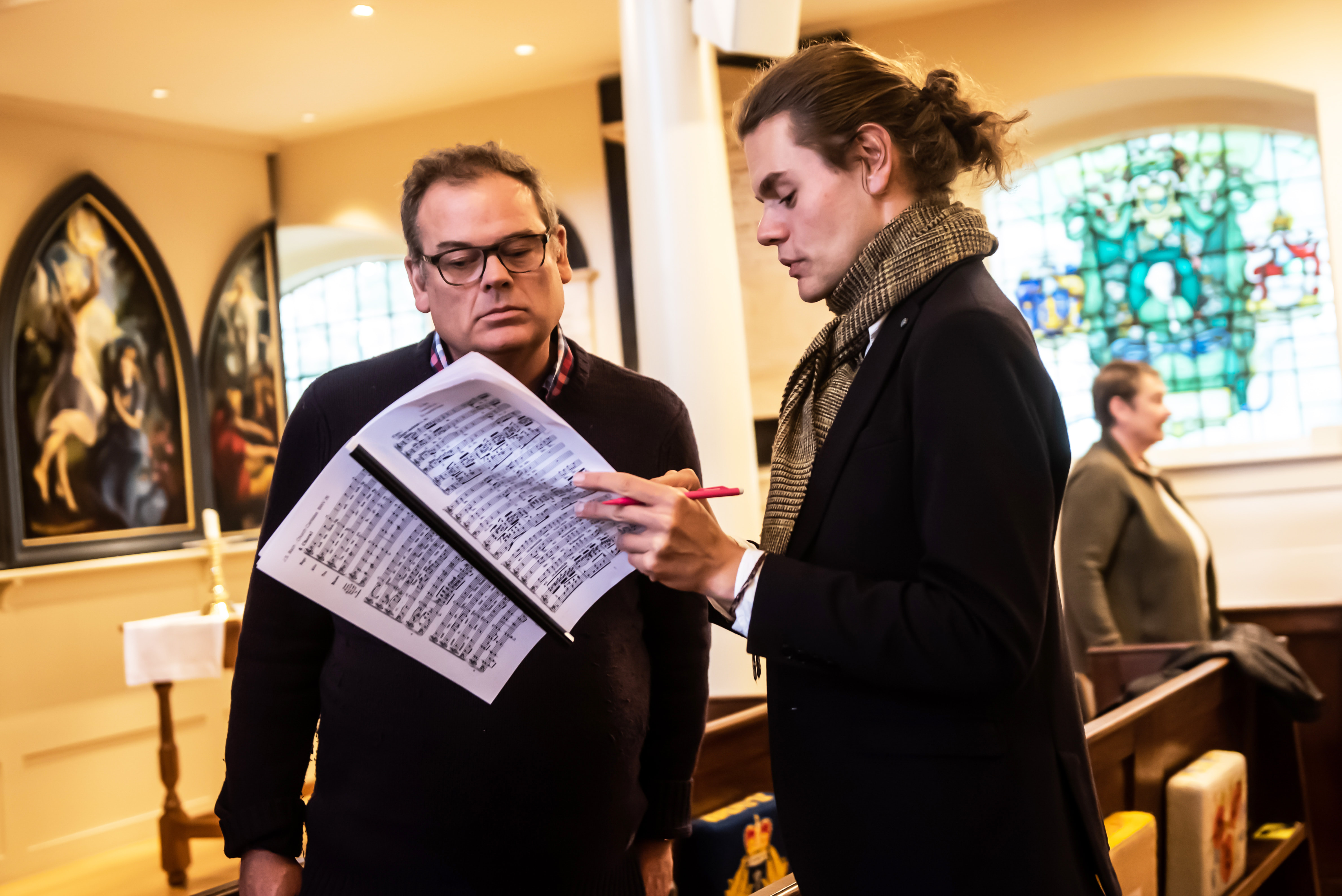 Who is this choral workshop for?

Our choral workshops are designed to challenge and stimulate experienced choral singers. We work quickly with only limited note-bashing, and we keep the groups fairly small. We therefore expect you to prepare music in advance or be a proficient sight-reader. Our goal is to enable every one of you to love your voice, through our welcoming atmosphere and our community of like-minded singers.
S2

Refreshments
Break time refreshments are provided in the form of home-baked treats, real coffee and Yorkshire tea! We do not provide lunch, but there are lovely places to eat or grab a sandwich in Battersea Square.

​Scores
We will be using online PDF editions of the scores, which are linked below. We kindly ask you to print your music at home and bring it with you. You may also consider displaying the music on a tablet. We will not be providing hard copies on the day. 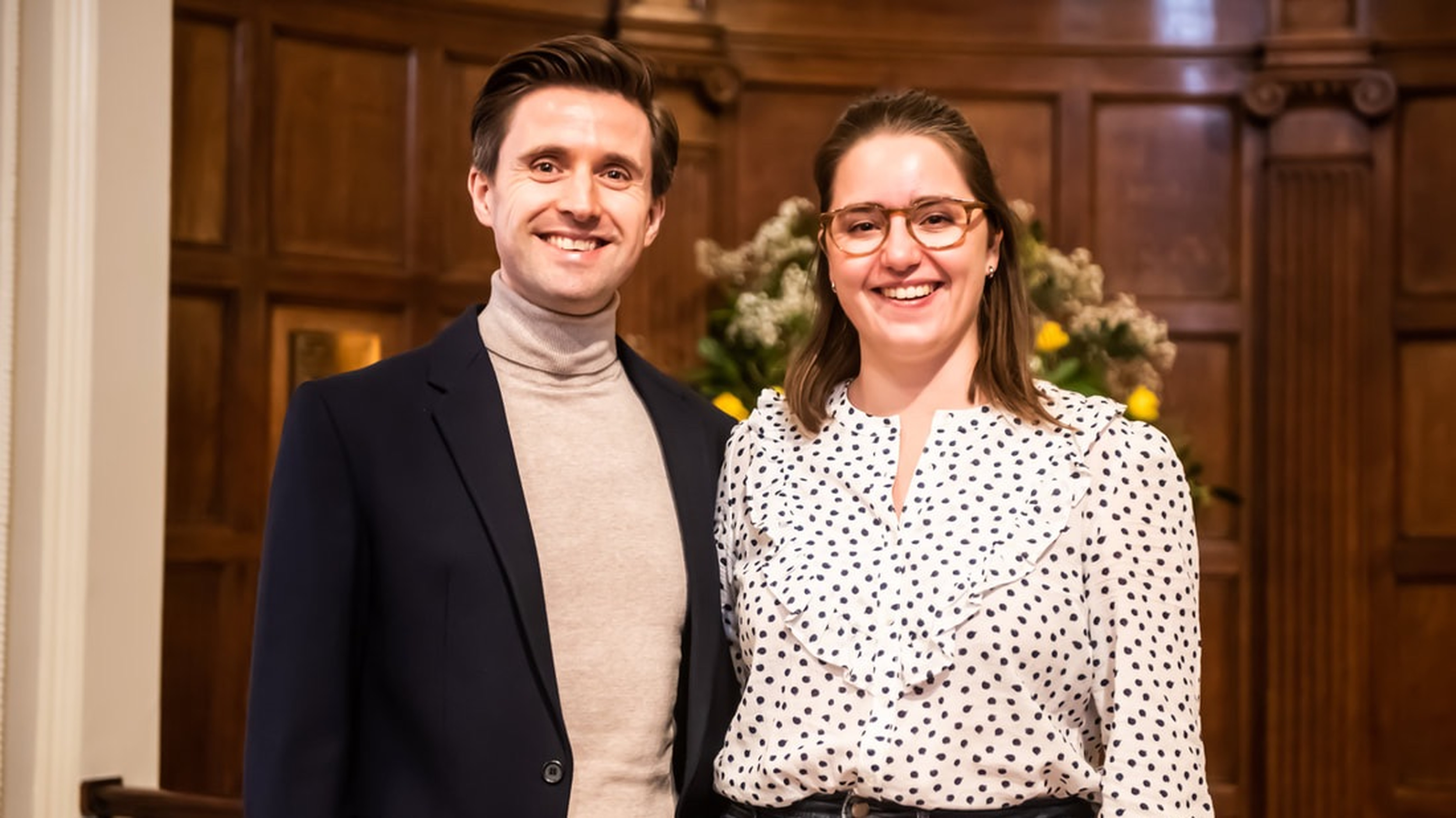 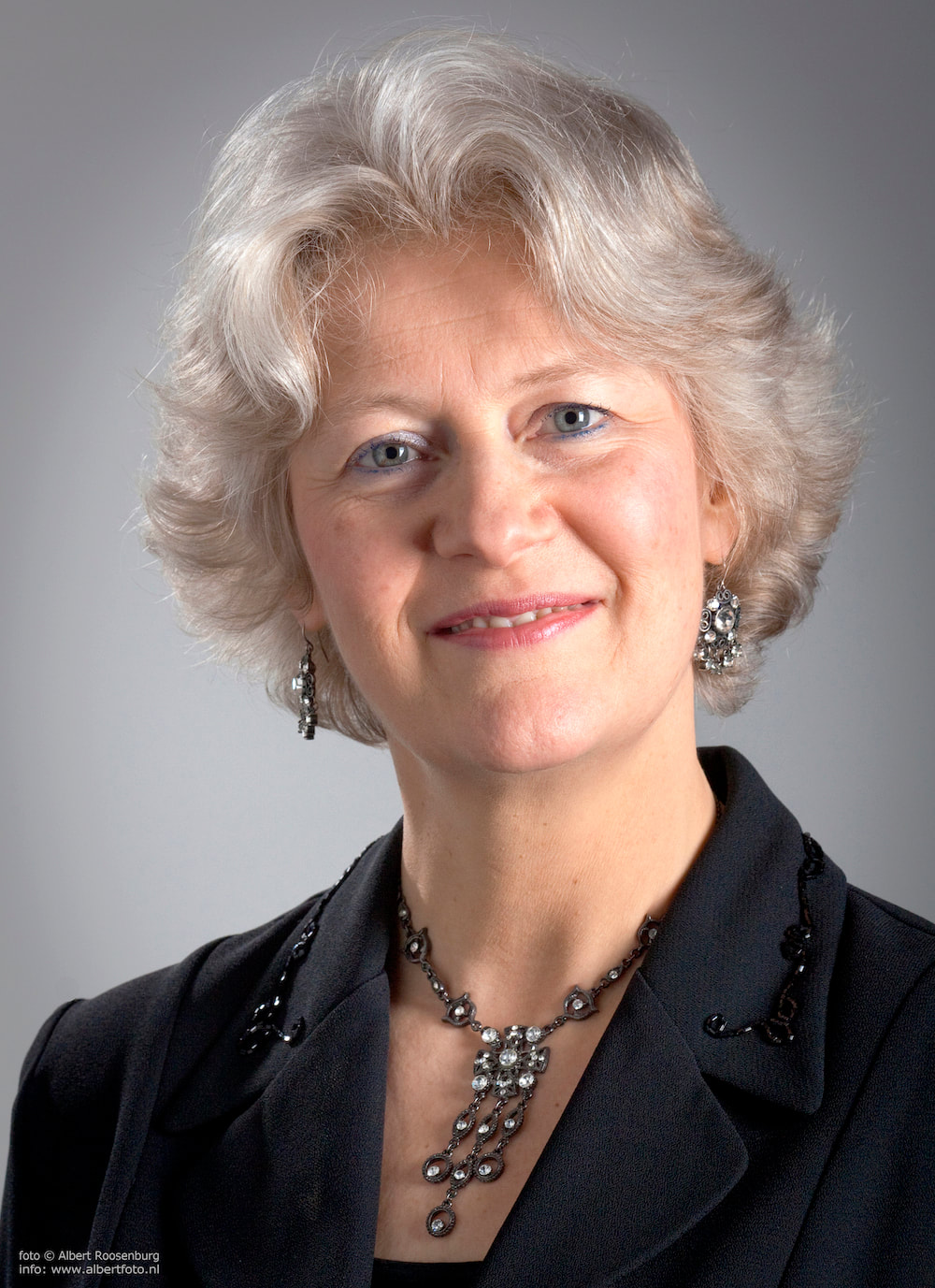 Educational work now being her focus, Ghislaine Morgan has a passion for encouraging others to be expressive with confidence, and a desire to demystify vocal technique. Her teaching career has been varied - from training trebles for the national opera houses, to boys on an Indian Mission station. She presently works with choral scholars at Cambridge University, has private teaching practices in London and Amsterdam, and gives performance classes at Morley College. Ghislaine has directed workshops in Britain, France, Germany, Iceland, India, Indonesia, Italy, Luxembourg, The Netherlands, Portugal and Spain. She is the choral coach of Il Convitto Armonico and Studium Canticum, and is on the faculty of the Corso Internazionale Corale di Rimini, the Lacock Singing Courses, the National Youth Choirs of Great Britain and Platinum Choral Workshops.